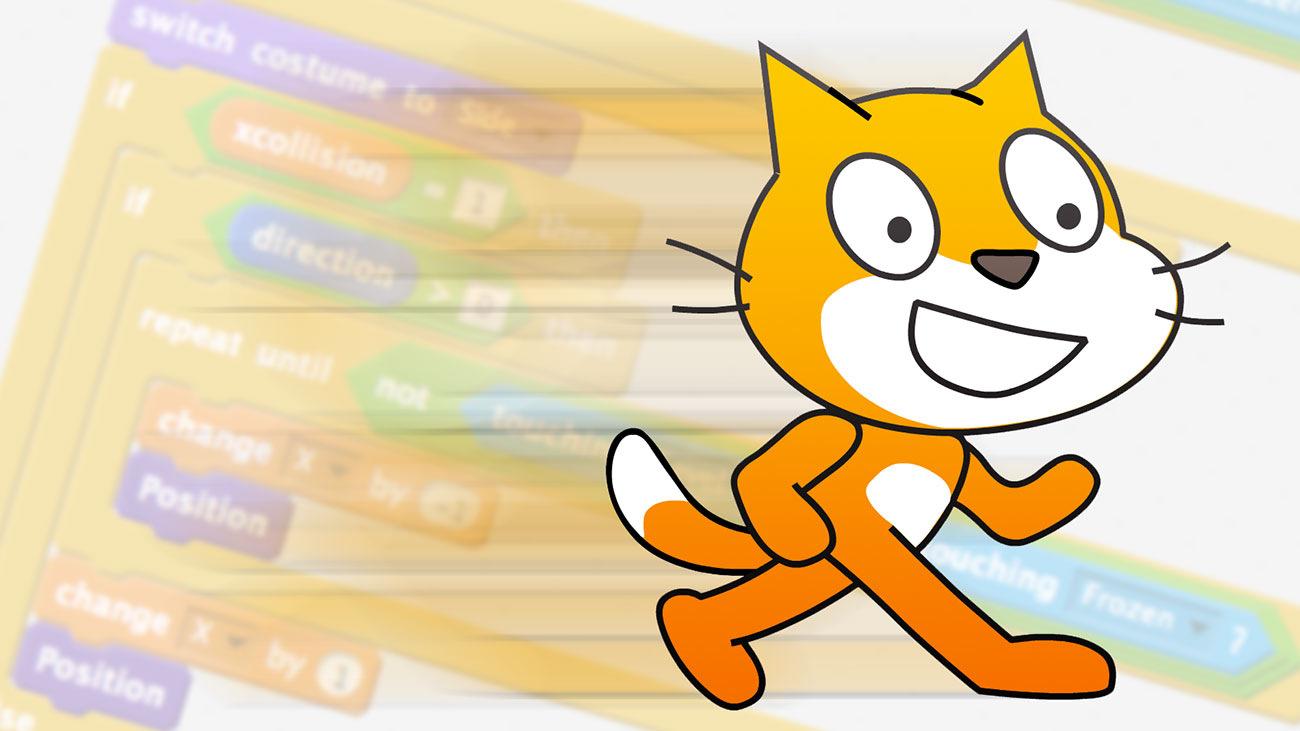 You might have heard of Scratch. It’s a long-running online project that helps kids and teens learn how to code. Scratch is free, it runs in your browser, and it provides a fantastic introduction to the world of computer programming for kids and adults alike.

If your child is interested in learning to code then Scratch is an excellent place to begin.

Want to know how to help your kid get started with Scratch? Read on to find out!

Scratch is a simple programming environment designed for kids aged 8 to 16. Instead of typing lines of text, as you do with traditional coding, you drag coloured blocks and join them together to build programs.

When you first open Scratch, the main window contains the following sections: 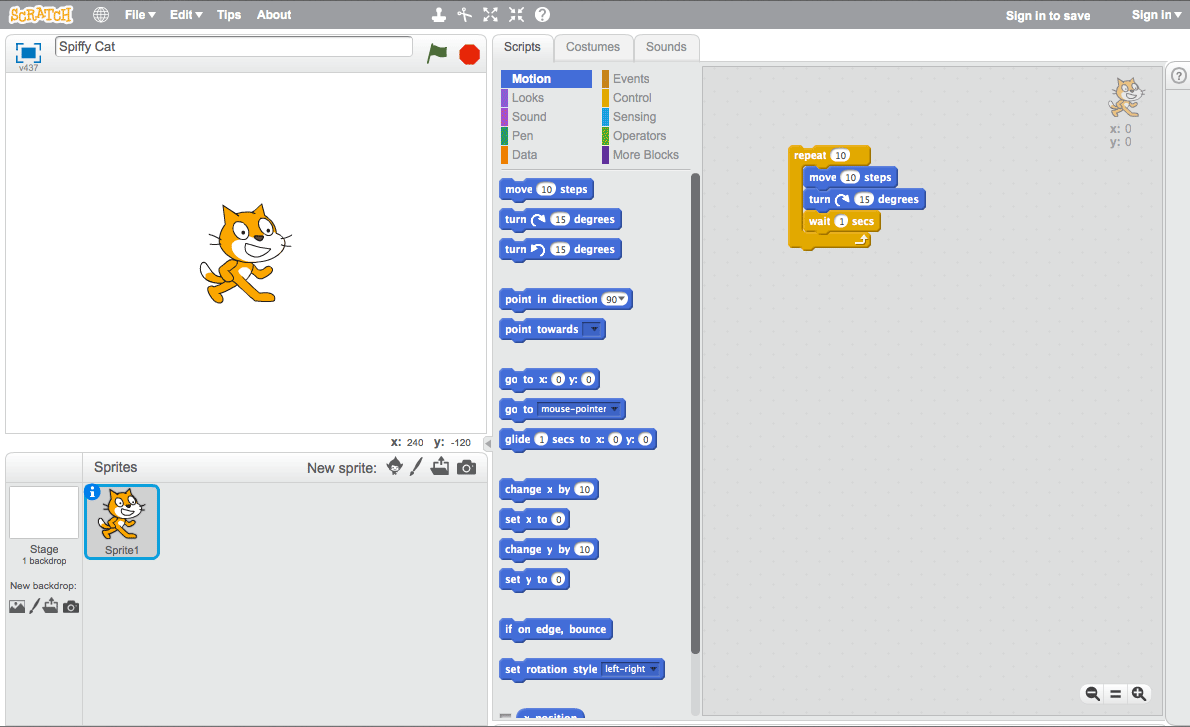 The main Scratch window contains the Stage, the Sprites Window, the Block Palette, and the Scripts Area.

Once you’ve created a Scratch project, you can download it to your computer as a file. You can upload the file again later if you want to continue working on your project.

Scratch runs entirely in a web browser, which means you can run it from almost any desktop computer. However, you do need to have the Flash plugin installed. That rules out using Scratch on most tablets, but if you have an iPad then check out ScratchJr, a cut-down version of Scratch that runs as an iPad app.

What can my kid do with Scratch?

Although it uses a fairly simple programming language, Scratch lets your child create a pretty big range of projects, from computer-generated art and animated cartoons through to quizzes, puzzles and simple arcade games.

It must be said from the start that your kid isn’t going to create the next Minecraft or Angry Birds using Scratch — it’s simply not powerful enough.

That’s not really the point, though. Unlike traditional programming — where it can take days of coding just to get something to move around onscreen — Scratch lets you create animated graphics and sound in a few minutes, just by dragging blocks around. This means that kids can see pretty good results almost instantly, which then pushes them forward to develop their coding skills further.

What can kids learn from Scratch?

As your kid plays with Scratch and starts creating simple programs, they’ll develop a range of coding and problem-solving skills that will help them when they later move onto real-world programming. These include: 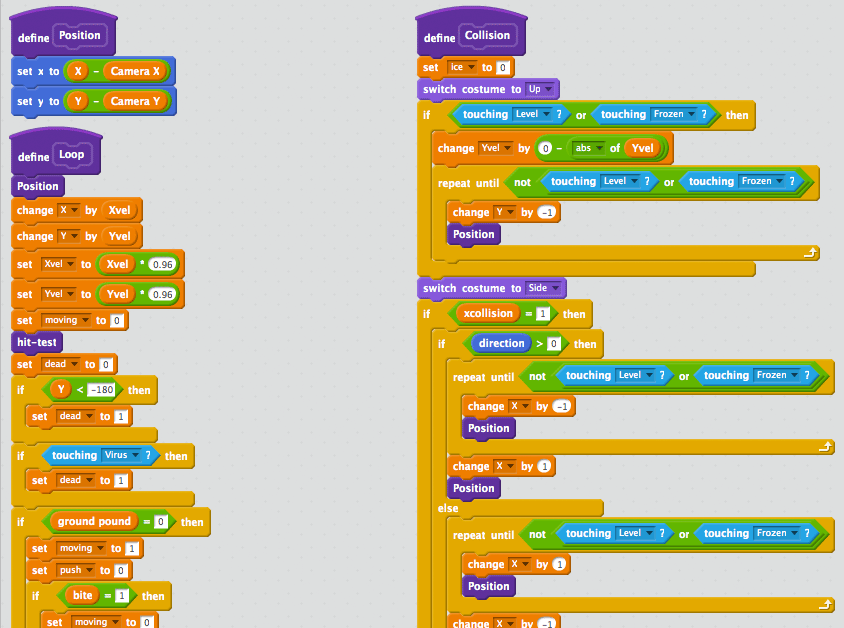 There are many differences between coding in Scratch and programming in a “grown-up” language such as C or Swift. Real-world programming is less about dragging and dropping, and more about working with chunks of text. In addition, real-world languages and platforms are a lot more complex to work with than Scratch, since you can do a lot more things with them.

That said, kids can still learn the fundamental concepts of programming and logical thinking from Scratch. This makes it that much easier for them to graduate to real-world languages later on.

How can my kid get started with Scratch?

To begin using Scratch, just head over to the Scratch website. A good place to start learning is the Getting Started with Scratch tutorial, which teaches you the basics of dragging blocks together to create scripts. You can also download this tutorial as a PDF from the Help page (it’s called the Getting Started Guide).

Once you’ve mastered the basics of putting together scripts, try working through these video tutorials to learn some animation techniques, find out how to build simple games, and discover how to create your own graphics.

There are also some excellent starter projects created by the Scratch team. These give you good starting points from which to build your animations, games or artwork, and they teach lots of useful coding techniques too. 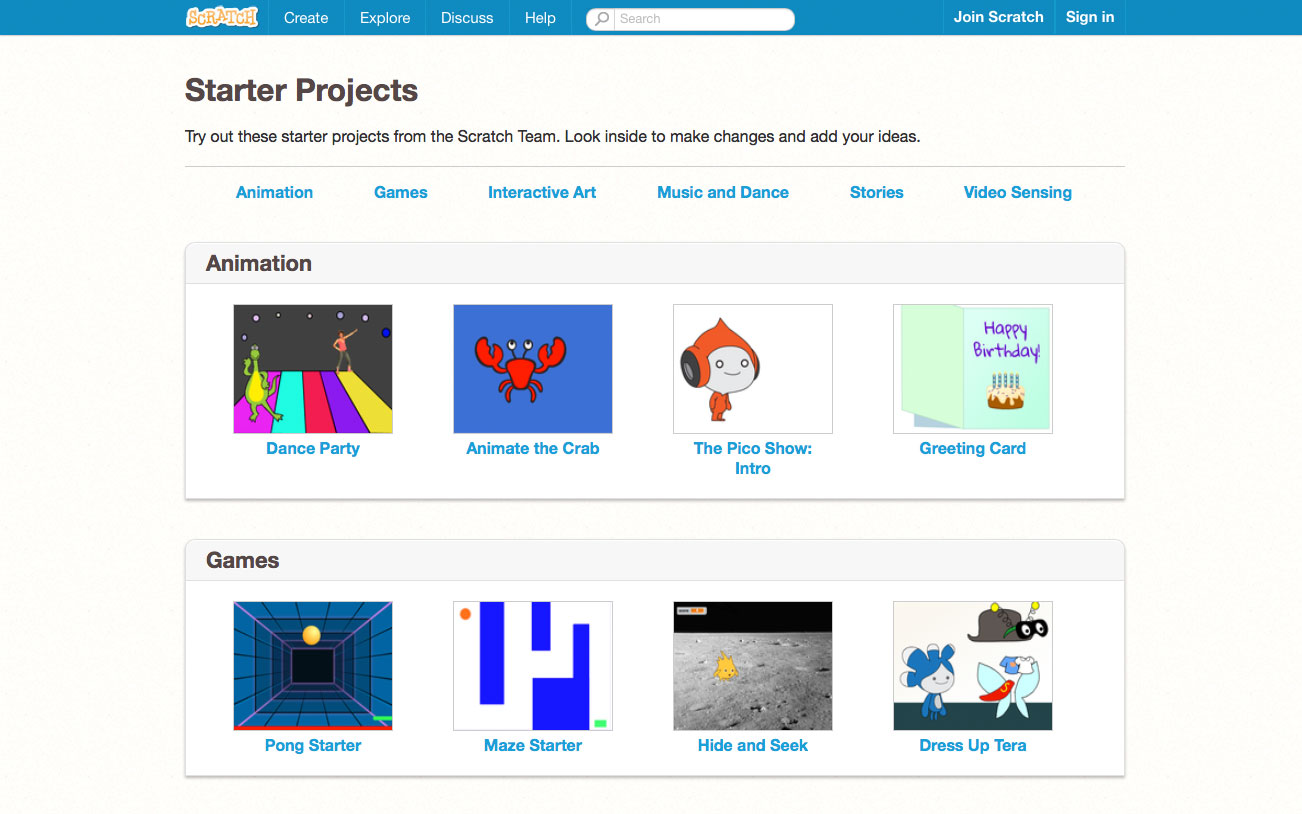 The starter projects on the Scratch website are a great way to get going quickly and learn good coding techniques.

Another good way to learn coding skills is simply to explore the projects that other people have made with Scratch. After you’ve played with a project, click the See Inside button to open up the project editor and see how it was made. You can even make changes to the project and re-share it on the Scratch website (known as remixing).

There are also tons of great resources available to help your kid learn Scratch. Here are some of the best: 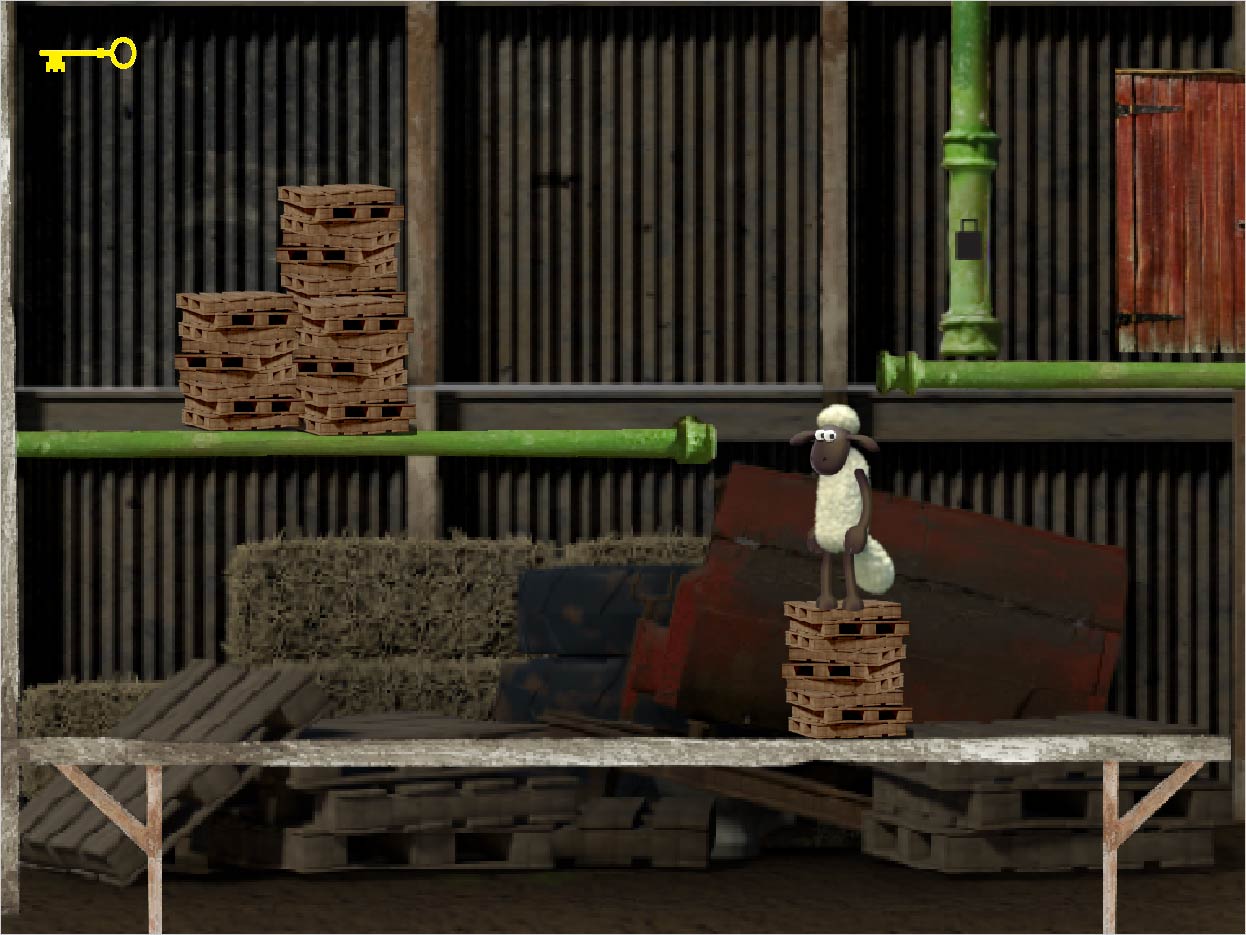 Other ways for kids to learn coding

Scratch is awesome, but there are absolutely tons of other tools that kids can use to learn coding skills. Here is a small selection of the best ones:

Kano lets kids build their own computer and program it!

There has never been a better time for kids to learn programming. Starting with Scratch, then moving on to a range of amazing tablet apps and build-it-yourself computer hardware, your child can learn coding in all sorts of fun, exciting ways.

11 comments on “Scratch Lets Your Kid Learn Coding Online, for Free! Here’s How.”